Combinations of direct-acting antivirals are needed to minimize drug resistance mutations and stably suppress replication of RNA viruses. Currently, there are limited therapeutic options against the severe acute respiratory syndrome coronavirus 2 (SARS-CoV-2), and testing of a number of drug regimens has led to conflicting results. Here, we show that cobicistat, which is an FDA-approved drug booster that blocks the activity of the drug-metabolizing proteins cytochrome P450-3As (CYP3As) and P-glycoprotein (P-gp), inhibits SARS-CoV-2 replication. Two independent cell-to-cell membrane fusion assays showed that the antiviral effect of cobicistat is exerted through inhibition of spike protein-mediated membrane fusion. In line with this, incubation with low-micromolar concentrations of cobicistat decreased viral replication in three different cell lines including cells of lung and gut origin. When cobicistat was used in combination with remdesivir, a synergistic effect on the inhibition of viral replication was observed in cell lines and in a primary human colon organoid. This was consistent with the effects of cobicistat on two of its known targets, CYP3A4 and P-gp, the silencing of which boosted the in vitro antiviral activity of remdesivir in a cobicistat-like manner. When administered in vivo to Syrian hamsters at a high dose, cobicistat decreased viral load and mitigated clinical progression. These data highlight cobicistat as a therapeutic candidate for treating SARS-CoV-2 infection and as a potential building block of combination therapies for COVID-19. IMPORTANCE The lack of effective antiviral treatments against SARS-CoV-2 is a significant limitation in the fight against the COVID-19 pandemic. Single-drug regimens have so far yielded limited results, indicating that combinations of antivirals might be required, as previously seen for other RNA viruses. Our work introduces the drug booster cobicistat, which is approved by the FDA and typically used to potentiate the effect of anti-HIV protease inhibitors, as a candidate inhibitor of SARS-CoV-2 replication. Beyond its direct activity as an antiviral, we show that cobicistat can enhance the effect of remdesivir, which was one of the first drugs proposed for treatment of SARS-CoV-2. Overall, the dual action of cobicistat as a direct antiviral and a drug booster can provide a new approach to design combination therapies and rescue the activity of compounds that are only partially effective in monotherapy. 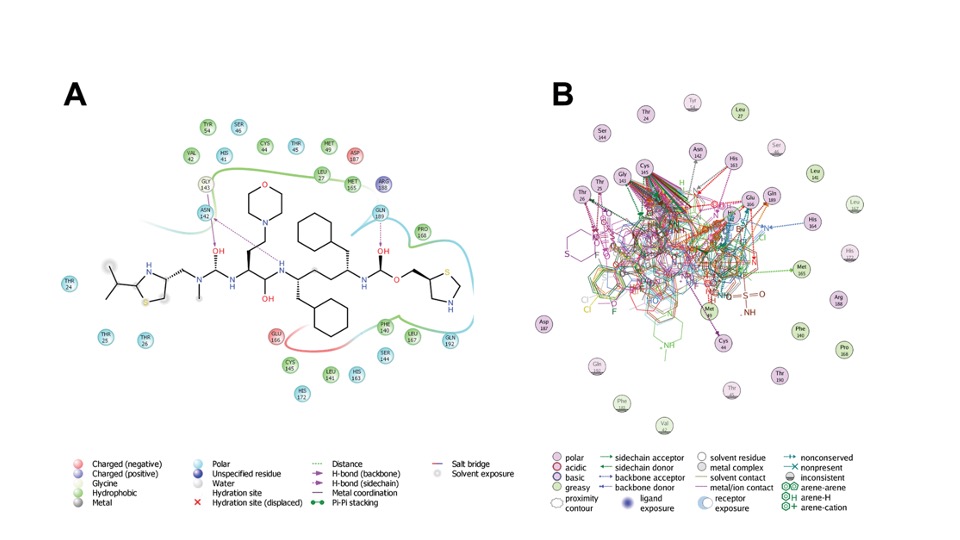