The sand fly-borne Toscana virus (TOSV) is the major cause of human meningoencephalitis in the Mediterranean basin during the summer season. In this work, we have developed a T7 RNA polymerase-driven reverse genetics system to recover infectious particles of a lineage B strain of TOSV. The viral protein pattern and growth properties of the rescued virus (rTOSV) were found to be similar to those of the corresponding wild-type (wt) virus. Using this system, we genetically engineered a TOSV mutant lacking expression of the non-structural protein NSs (rTOSVɸNSs). Unlike rTOSV and the wt virus, rTOSVɸNSs was unable to (i) suppress interferon (IFN)-b messenger RNA induction; and (ii) grow efficiently in cells producing IFN-b. Together, our results highlight the importance of NSs for TOSV in evading the IFN response and provide a comprehensive toolbox to investigate the TOSV life cycle in mammalian and insect host cells, including several novel polyclonal antibodies. 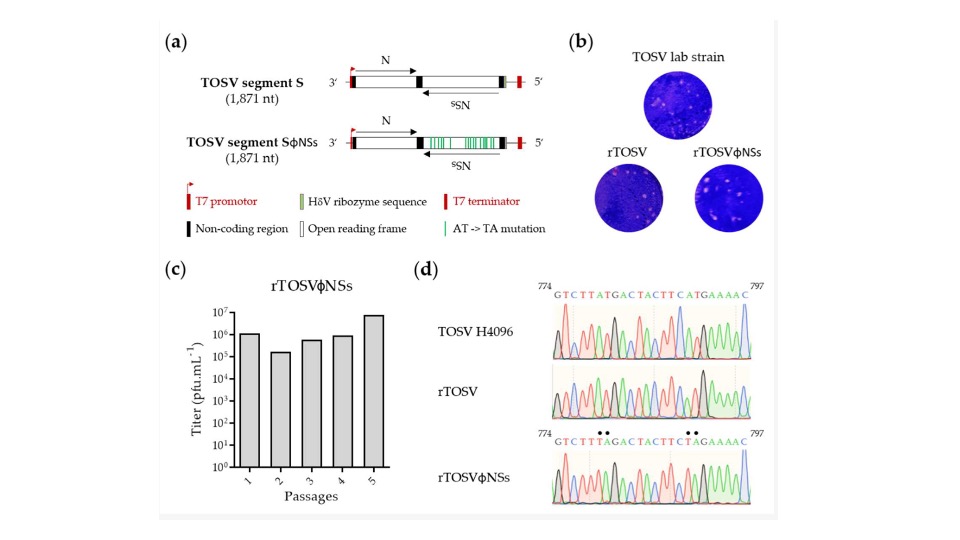